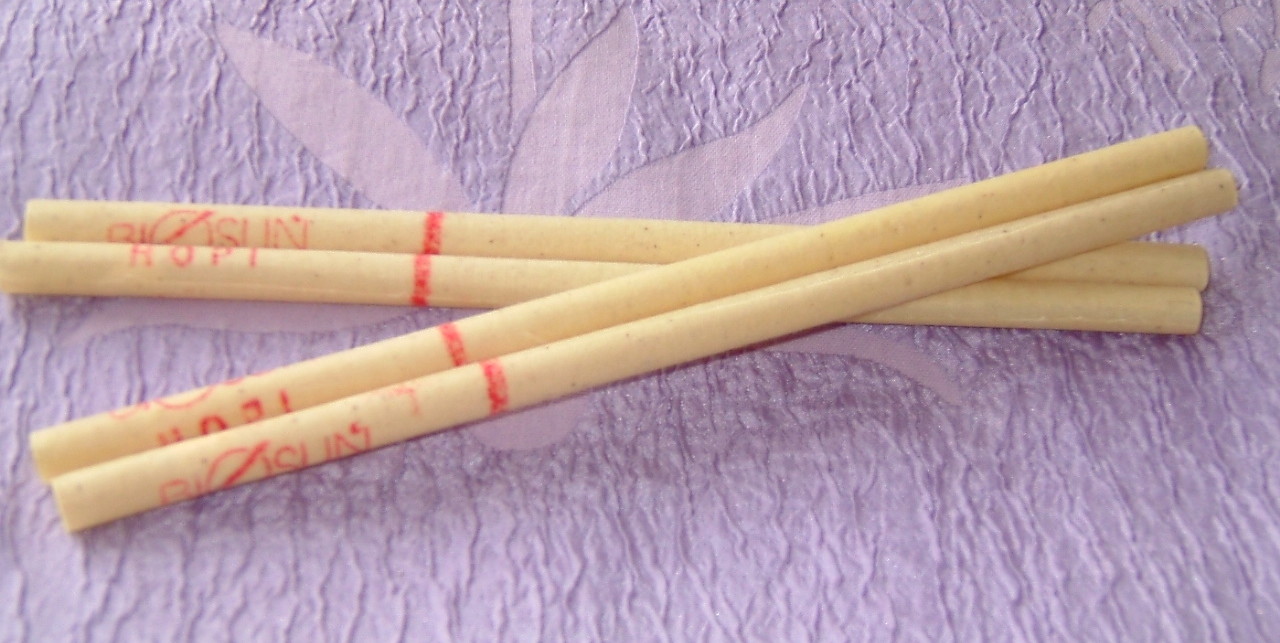 "A deeply relaxing, calming and soothing treatment offering real and marked benefits for many problems and conditions associated with the ear, nose and throat areas."

What are Hopi Ear Candles?

First off, I must make it very clear that Ear Candles do not remove wax from the ear. They have a purely physical function in that they work on a chimney effect. As they are burning down they create a small vibration which can have a gentle massage effect on the eardrum.  This induces a feeling of warmth and a balance of pressure in the ears, forehead and sinuses. It can help with Headaches,  sinus problems, earache, noises in the ear and a general feeling of calmness. After having this treatment, this physical effect is often described as,  soothing, a pressure and pain relieving sensation mainly in the ear and head area. Some people have reported that their sense of smell has improved after treatment.

Treatment is very gentle, relaxing and takes approximately 30 Minutes. The candle is placed into  the ear orifice and ignited. It is only allowed to burn to within 4 inches of the end of the candle. As it burns it produces a gentle local heat. The recipient will experience a pleasant cracking sound as the candle burns down, and a warm and comfortable feeling. The candle is then removed and the ear and surrounding area is then massaged. The treatment is then repeated on the other ear. 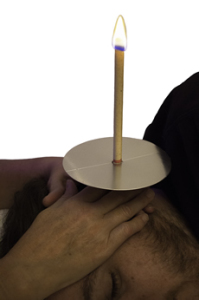 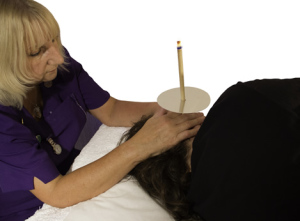 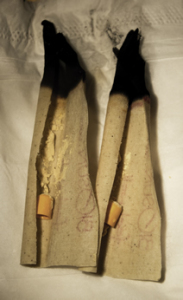 Ear candles may help with the following conditions:- 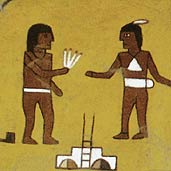 The magic of fire has fascinated people since the beginning of time and Ear candles evoke a similar interest, having been widely used in numerous cultures dating back to approximately 2500BC, including the Egyptians, Chinese, Sumerians, Tibetan Monks and the American Indians since ancient times. The modern incarnation of the treatment is primarily based on the form used by the Hopi (meaning “Peaceful People”) Indians who possess great medicinal knowledge and spirituality.

The Native American Hopi tribe reportedly taught the technique to visiting Europeans in pre-colonial times. Rolled-up paper was often used for burning before the emergence of candles. The candles used today are still made using the (basic) traditional formula supplied by the Hopi Indians and the treatment itself remains true to its spiritual origins. However due to the wide range of purposes ear candles were used for by the Native Americans a wide variety of herbs were added to the candles to cater for particular circumstances. Modern ear candles on the other hand are always made from the same ingredients. 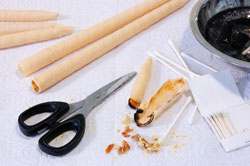 If you would like to discuss or have any further questions about Massage therapies then feel free to contact me either by telephone or email.

Hopi Ear Candles have been known to benefit patiants who suffer from:

The candles continue to have an effect for some time afterwards 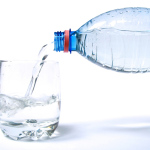 it is important that you do not try and remove excess wax or use cotton buds or any other implements in your ears.

These will push the wax and debris back into the ear and can damage the ear drum.